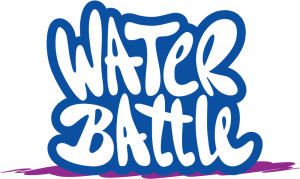 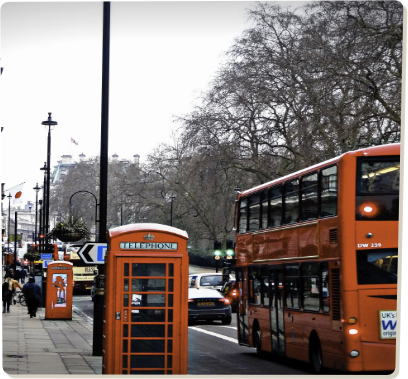 By the end of this article, you will understand why UK Water Companies must start considering serious gaming as a solution to cause behavioural change in household water consumption.

It is not far from the truth to say that the United Kingdom (UK) has done marvellously well for itself. The Kingdom has faced and overcome several ordeals over the past centuries. These challenges span from military conquests, innovation, science and technology. Nonetheless, there are still foreseeable hurdles for the UK to cross.

One of such hurdles is the issue of future water supply. In simple terms, there have been projections by several bodies and agencies, indicating a water supply deficit in 2 to 3 decades. The dreadful situation where water demand exceeds water supply has actually been described by Sir James Bevan as the ‘jaws of death’. A situation that must be avoided at all costs.

The current article will focus on the latter. It is important to note that all interested stakeholders in the UK water industry, the government, NGOs, trade unions, and water companies, acknowledge the need for behavioural change. In the long term, behavioural change is the long-lasting solution to any future water-supply deficit.

Let’s dive a bit deeper into why there have been cries in the UK for a change in water consumption behaviour.

Climate change :  Another term closely linked to climate change is Global Warming. This situation is when an increasing amount of energy (heat) from the sun is trapped in the atmosphere and fails to radiate out into space.

The effects of climate change  can be seen globally but manifest themselves differently across countries. In the UK, there have been several predictions by both the Government and water companies about the potential water crisis because of climate change. These environmental changes result in unpredictable rainfall patterns, increasing temperatures, and changes in river ecology. With these changes, water supply is affected.

Population growth: The UK population is expected to rise to as high as 72.4 million by mid-2043. This trend is also associated with increased immigration levels in recent years. It should have been good news for water companies because then they supply more households and increase revenue. Unfortunately, this is not the case. This rapid population growth  translates as stress on infrastructure for water companies.

The dangerous contradiction: The UK authorities have a herculean task in communicating this potential water supply deficit to its populace.  This is why I say so. Why would for example a Manchester resident possibly acknowledge the urgency of the UK water situation when it rains almost every day. This is what I describe as ‘the dangerous contradiction’. The problem is not just the contradiction in their experience but the danger of ‘this makes no sense’, which leads to inertia. Water companies would have to creatively engage households to communicate the urgency for behavioural change.

Increased standard of living: Like was earlier indicated, the UK has done well for itself. This also means a growth in wealth. It also implies an increase in people’s standard of living. For instance, in 1970, 65 percent of UK households had washing machines but this increased to over 90 percent in the mid-1990s (see diagram below). This trend has not changed in current times.

The role of UK water companies to cause behavioural change

Water companies find themselves between a rock and a hard place because of their business model. Note that water suppliers technically make more profit when demand increases. However, when demand crosses a certain threshold, it reflects in their operations as stress on machinery. In essence, there is a sweet spot between water demand and supply for a profitable venture.

This means that although we acknowledge behavioural change is definitely needed, it appears there is still no clear-cut answer as to how that can be achieved.

As a Netherlands-based firm, we recognize the need for behavioural change as a move to secure future water supply. Like most UK residents, the Dutch are yet to comprehend the need to pay attention to their water consumption behaviour, especially because it rains quite often. In fact, water is the cheapest utility in the Netherlands. Under these situations, how then can a water company effectively educate households on a potential supply deficit and ultimately help them change their water consumption behaviours.

For Grendel Games, the solution to the problem is in two-fold:

Serious games are games that have a purpose besides entertainment. They are adopted to inspire skills acquisition, create awareness, and cause behavioral change. The power of serious games is that they are entertaining, engaging, and immersive. Serious games Serious games are designed to solve problems in several areas. They are used in sectors such as healthcare, education, business, and energy.

Water companies can benefit from a serious game called Water Battle. The purpose of the game is to inspire households to change their water consumption behaviour.

Some Water Battle benefits to water companies include:

Check out the links below:

Short (video) intro to Water Battle, an example of a serious game for a water conservation project